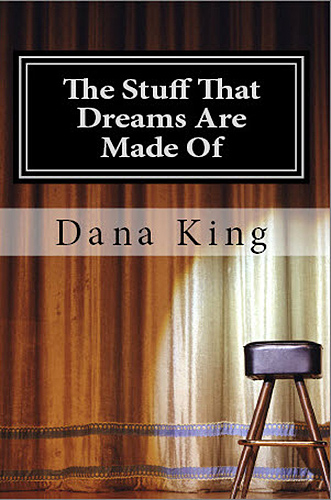 The Stuff That Dreams Are Made Of

Russell Arbuthnot isn’t just a ham, he’s the whole pig. For years he’s parlayed an uncanny resemblance to Sydney Greenstreet and a figure he claims is the “original” Maltese Falcon from the movie into a lucrative one-man show. Nick Forte figures—along with everyone else—the death threats and subsequent bodyguard assignment is a publicity stunt to perk up flagging ticket sales. When the actor turns up dead after all, Forte is faced with the kind of publicity he can do without and decides, when a bodyguard’s client is killed, he’s supposed to do something about it. It doesn’t make any difference what he thought of him. He was your client and you’re supposed to do something about it.

Praise for The Stuff That Dreams Are Made Of

“It’s a kind of authorial magic that The Stuff That Dreams Are Made Of works as a tribute and as a story, and that neither aspect interferes in the least with the other.”
—Peter Rozovsky, Detectives Beyond Borders
“Great characters, wit, some truly cold weather (that’s not a joke—I could really feel it), and Dana King’s talent and empathy make this a standout read even in a good year, which this has been.”
—Timothy Hallinan, author of the Poke Rafferty and Junior Bender series

“There it is, in the flesh, so to speak. The Maltese falcon. Sydney Greenstreet never dreamt of a bird so valuable.”

The bird glared into the room. A dull black, like unbuffed shoes, it drew all light and attention. No more than a piece of whatever it was made of, shaped to look like something that never existed, but a slice of living history if you were someone who cared about that sort of thing. Its aura hung over the three of us like crepe. I couldn’t guess how many times Sheila O’Donoghue must have seen the statue, and she couldn’t take her eyes off it.

“Are you a devotee of motion pictures, Mr. Forte?” Arbuthnot’s accent shifted so little I might not have noticed if accents weren’t a hobby of mine.

“Yes, I am, and since you’re about to ask me, The Maltese Falcon is one of my favorites. How did you come into this one?”

“This one, sir?” He turned toward me, the scorn obvious in his voice. “This is the falcon, sir, the one Bogart and Greenstreet unwrapped, the one Walter Huston carried into to Spade’s office. This is the Maltese falcon, Mr. Forte, make no mistake.”

“I heard they made three. Didn’t they use them all?”

“You know more than you let on, my friend. Good. Shooting schedules were such that time could not be wasted if another bird had to be obtained, so supernumeraries were needed. Three birds were produced, should any accident befall the primary. There has been much dispute over the whereabouts of the others, but rest assured this is the falcon that millions of eyes have seen for over sixty years.”

That story and six bucks would buy a venti frappu-something at Starbucks. The conviction in his voice and manner were still unnerving. I caught myself looking at the bird again, its blank eyes suddenly more riveting than Sheila O’Donoghue’s aquamarines.

“Mr. Forte, have you any idea of the bird’s worth?” I shook my head. “Well, sir, if I told you, you’d think me a liar. In fact, if I reduced it by half, you’d think the same. I’d like to tell you a story, but I must know more about you first.”

“But only if you’ll share a drink with me. I insist. I’m going to have another and I don’t like to talk to a man who won’t drink with me.”

Ten thirty-five. What the hell, it was five o’clock somewhere. “Okay, I’ll have whatever you’re having.”

“Very good, yes, sir, very good.” He made a one-act play out of pouring whatever was in the bottle on the mantel. I let him pour me as much as he wanted. I knew where the scene was going.

Arbuthnot handed me a half-full snifter before reseating himself. He swirled the liquid around his glass and took a short drink. Sheila O’Donoghue might have been in Malta for all the attention he paid her.

“I like drinking with a man who doesn’t say ‘when’,” he said when he was good and ready. “A man who has to watch how much he drinks isn’t to be trusted. Cigar, sir?”

It took him at least a minute to get the cigar burning to his satisfaction. He sat back and took a long, satisfying puff, projecting the image of having completed an extraordinary sexual experience. He picked up the conversation where I knew he would.

“Are you a close-mouthed man, Mr. Forte?”

“No, I like to talk.” Arbuthnot was willing to pay me ten grand for two weeks of walking around beside him. If he wanted to play Sydney Greenstreet, I could be Bogart.

“Splendid. I like to talk with a man who likes to talk. A close-mouthed man never knows how much to talk when he must.” He wasn’t getting it word for word, but close enough. “You haven’t touched your drink. Is it not to your liking?”

“I have to be careful, don’t I? How do I know you didn’t slip me a mickey and Wilmer’s behind that door waiting to kick me in the head?”

His throaty burble of a laugh would sound nasty in different circumstances. “Yes, indeed, you’ll do very well, if I do say. You’re quite the character, Mr. Forte. Take that from a man who is quite a character himself and knows a kindred spirit when he sees one.” His laughter subsided in a steady slope, punctuated by minor aftershocks. “Now, sir, shall I tell you a story?”

“It’s not going to be the one about the knights and the king of Spain, is it?”

“No, sir, it’s not, but I dare say it’s an even better story because it’s true. I swear to you on my children every word I am about to speak is true.”

“How many children do you have?”

More laughter. “To my knowledge, none. But I am not so old that I can’t still have hopes, am I?”

I arched my eyebrows in a noncommittal gesture. “I take it I have the gig?”

“Why, yes, I think that should be clear by now. Would you care to shake hands on it?” He moved as though he might get out of the chair; we both knew better. I leaned out of mine far enough to grip his fingers again.

“There will have to be some paperwork, and some kind of retainer to make everything legal, but this will do for story purposes,” I said.

“Very good, sir. Sheila, please make out a check for Mr. Forte,” he said without looking at her. “Will one thousand dollars do for a retainer?”

“Excellent,” he said. “Sheila, I daresay you’ve heard this story many times, you may as well run along for Mr. Forte’s check.” She got up and left the room without a word. Her expression never changed, maybe a hint of red on her cheeks.