Dana King was born in New Kensington PA; the building is no longer a hospital. He spent the first four years of his life living in an apartment in Arnold PA; that building has since burned to the ground and is now a vacant lot. Dana grew up in Lower Burrell PA, which is still there, though everyone is nervous when he comes to visit. The first memory he can attach to a time and place is riding in the car to the new house on October 13, 1960, as Bill Mazeroski hit the home run that won the World Series.

A classically-trained musician, Dana holds a Bachelor’s degree from Indiana University of Pennsylvania (no, not the other one), and a Master’s in Trumpet Performance from New England Conservatory, where he studied with Charles Schlueter of the Boston Symphony. His musical “career” ended with the birth of The Sole Heir, when the need for an honest to God source of income became more than an abstract concept.

Dana has worked as a potato peeler in his aunt’s restaurant (no longer in business), a clerk for A&P (also no longer around; a pattern is developing), a private and public school teacher, freelance musician and teacher, security guard, warehouse laborer and forklift operator, office manager, computer network administrator, pre-sales software technical consultant, and training officer for a government agency that would really rather he not mention their name. (It’s not like the CIA or NSA. They’d just rather people didn’t know he worked there.)

The Penns River and Nick Forte series of novels are his responsibility, as well as the standalone Wild Bill and numerous short stories. He has twice received nominations for Shamus Awards from the Private Eye Writers of America, in 2014 for Best Independently Published Novel (A Small Sacrifice); and in 2016 for Best Paperback Original (The Man in the Window). His short fiction has appeared in Thuglit (the original incarnation, when they gave contributors those bitchin’ T-shirts), Mystery Tribune, the late, lamented Spinetingler Magazine, New Mystery Reader, A Twist of Noir, Mysterical-E, and Powder Burn Flash as well as the anthologies Blood, Guts, and Whiskey, The Eviction of Hope, The Black Car Business, Down to the River, Unloaded 2, The Shamus Samples 2, Dark Yonder, and others.

Dana’s greatest contribution to society is his choice to live in quiet near-seclusion with The Beloved Spouse™. The Sole Heir is a doctor working as a fellow in cardiology (we’re all very proud of her) and is married to a fine young man whose employer I guarantee would prefer to be left out of this. Suffice to say he flies helicopters that pluck unfortunates from the ocean. We’re keen on him, too. 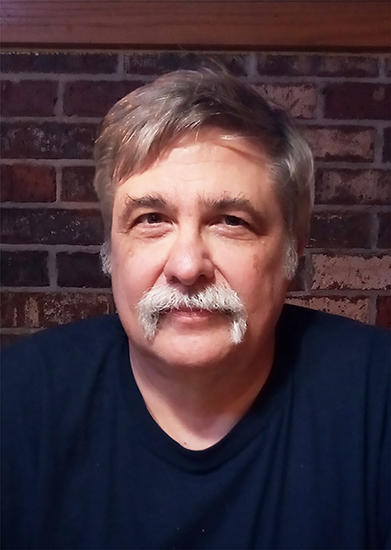